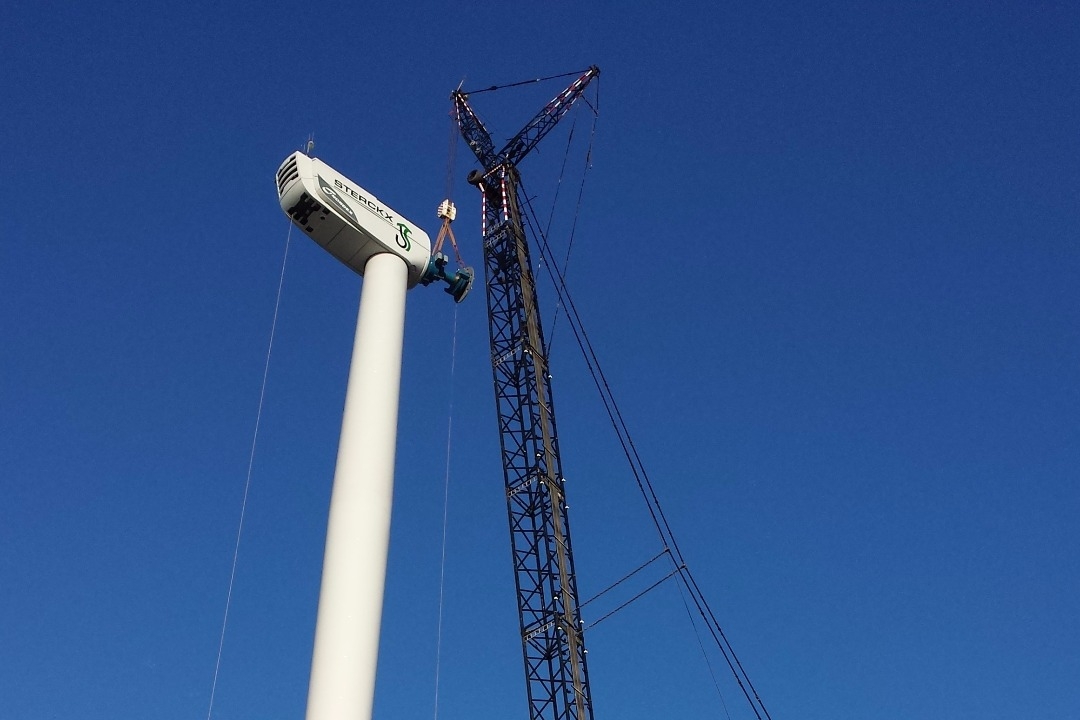 Sterckx invests in two wind turbines. The first one will be installed at our own site, the second in the nearby industrial area “De Pilders”. The wind park will jointly contain five windmills.

The turbines have a hub height of 100 m. The rotor blades have a diameter of 90 m which brings the tip height to 145 m. Each windmill has a power of 2.5 MW. The expected average return is 5,000 MWh per year. Click here for a brief description.
The technicians and fanatic enthusiasts can find a detailed explanation here. The return of the wind turbine on the Sterckx site will be split: 90% of the return will be deployed for own use, 10% will be placed on the public network.
Read more 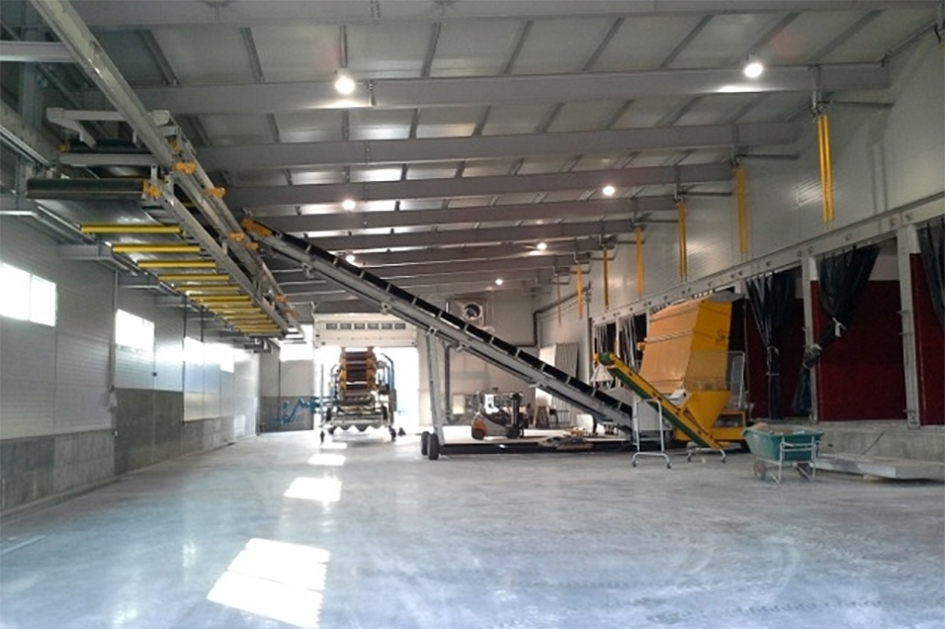 In autumn 2015 nine new tunnels became operational in our site in Tôk in Hungary.  Each tunnel has a capacity of 200 tons.That brings our total capacity to 700-720 tons of phase III compost per week.
Read more 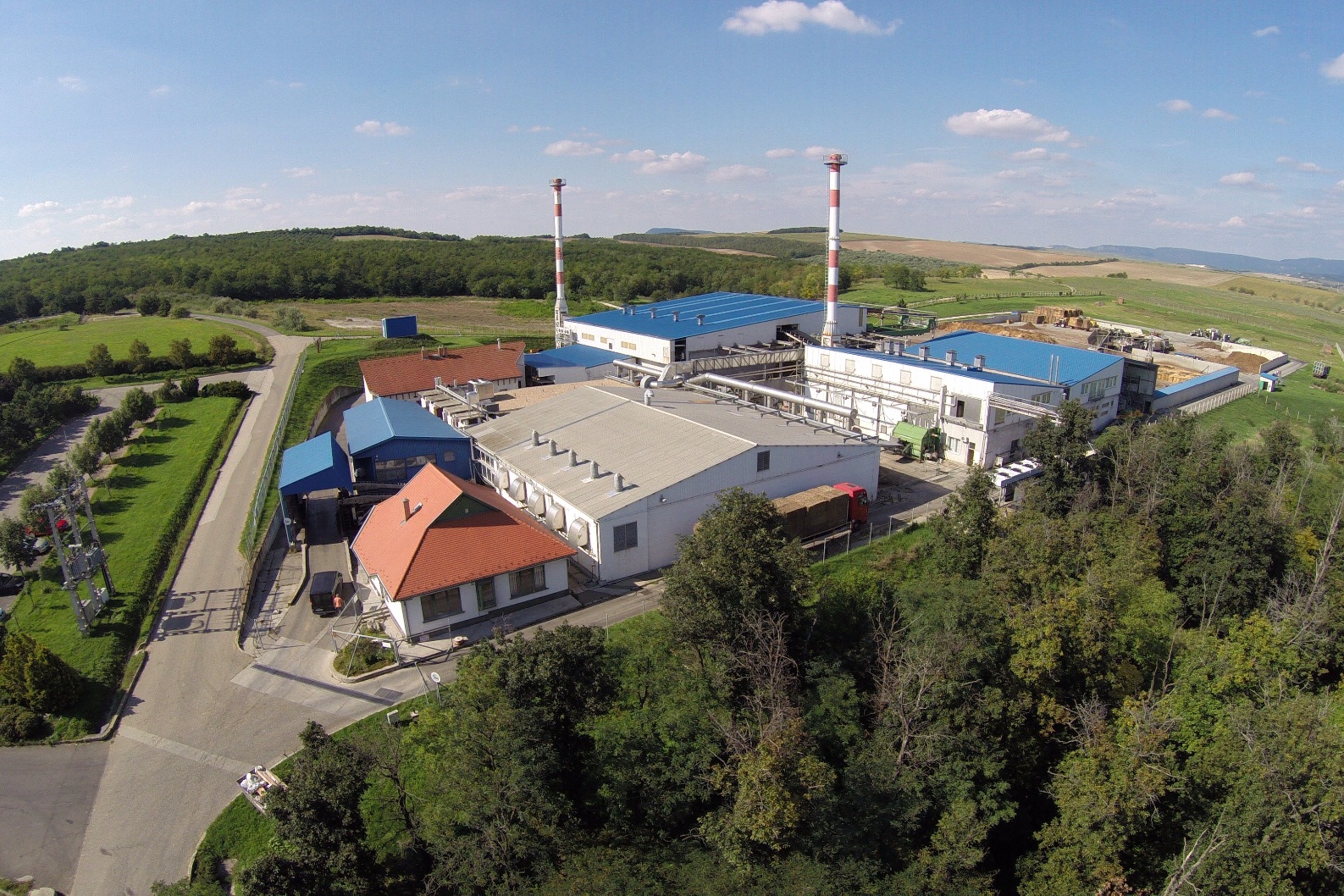 To respond to the growing market of mushrooms compost in Eastern Europe, Karel Sterckx Ltd will soon start to operate from Hungary. Therefore Sterckx found suitable partners in Tony Verhulst and Davy Vanneste. They have extensive experience in domestic and foreign real estate projects.

The newly founded company Sterckx-Verhulst acquired the site of Champignon-Union Kft, a Hungarian compost yard that ceased operations due to lack of succession. The site of 30 ha. currently has a capacity of about 10,000 tons of mushroom compost per year. The group will invest to expand capacity sharply in the coming years.

Sterckx also wants to grow at its home basis Roeselare in Belgium in the coming years. Some major investments are planned on the existing site, that currently accounts for 5,000 tons of fresh compost, 2,000 tons of spawn run compost and 1,200 m³ of casing soil per week. One of these days the replacement of the 4 old polyester tunnels by 5 brand new panel tunnels will be completed, what gives an extra 250 tons of phase III compost.

In the summer of 2011, our company NV Karel Sterckx started using a biofilter to put an end to the company’s odour emissions that caused odour complaints mainly to the south of the company.
The biofilter that was installed was a very innovative one. Not only because it was the largest operating filter in Flanders at that time but also because the air distribution across the filter was quite innovative and therefore very even. In order to maintain the high efficiency, the operation of the biofilter was checked each quarter by a specialized company, which also provided advice on any adjustments to be made. This follow-up showed that the filter material is now due for replacement. After four years of proper operation, the material will be excavated and replaced with new material.

In order to reduce the odour emissions during these works, we opt to replace the modular filter in parts. This opportunity will also be used to increase the useful biofilter area with another 750 m². This additional filter capacity will be utilized to purify the process air of two new composting bunkers that are now under construction. These were licensed last year and will be taken into use this autumn.

The company NV Karel Sterckx asks for the understanding of the neighbourhood for this necessary replacement of the biofilm material and for all the possible temporary odour emissions this may entail. We will do everything to make sure the replacement in parts goes as smoothly as possible.
The start of the works is scheduled for Monday 22 June. If everything goes according to plan, these activities will be finished within four weeks, i.e. before the construction leave. This replacement involves a cost of over 200,000 euros.
For further information, please contact Bart Sterckx or Stefaan Hennebel.
Read more 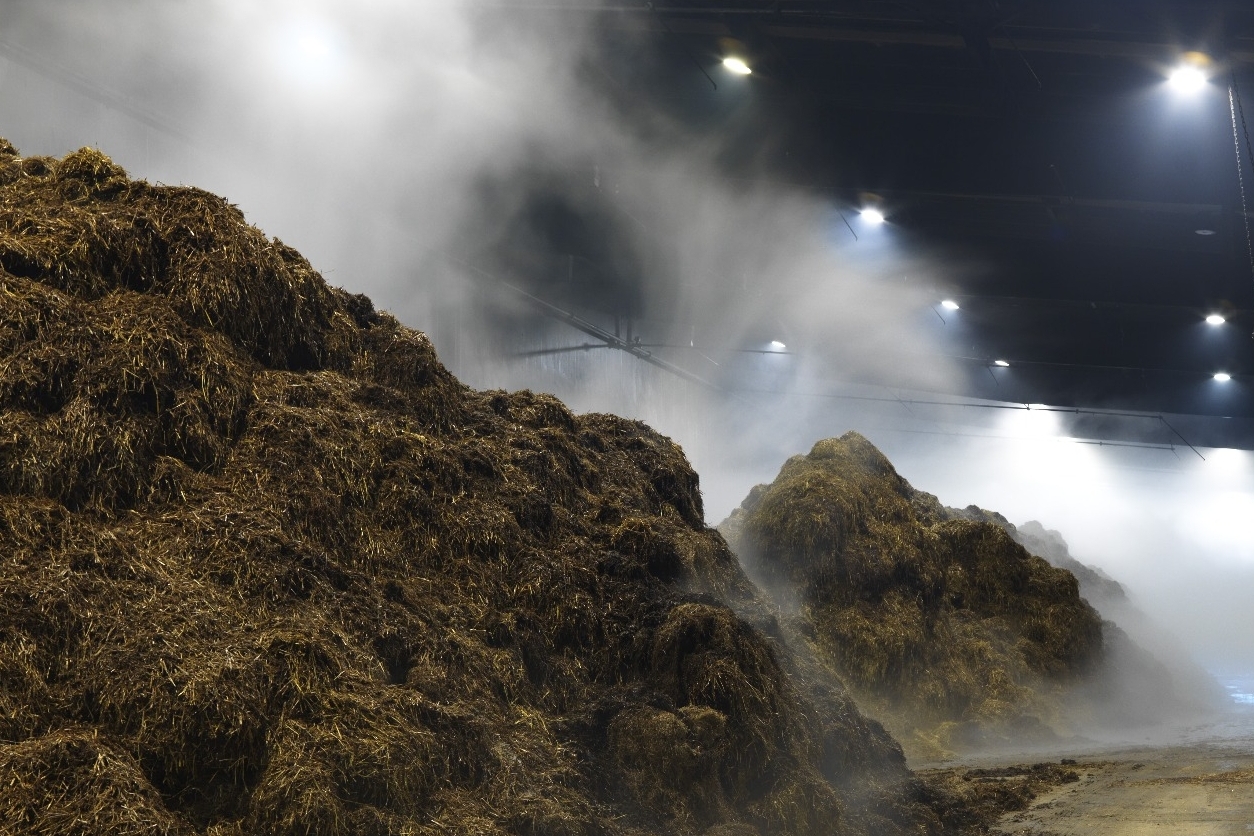 This will enable us to store more horse manure and to keep it for a longer time. 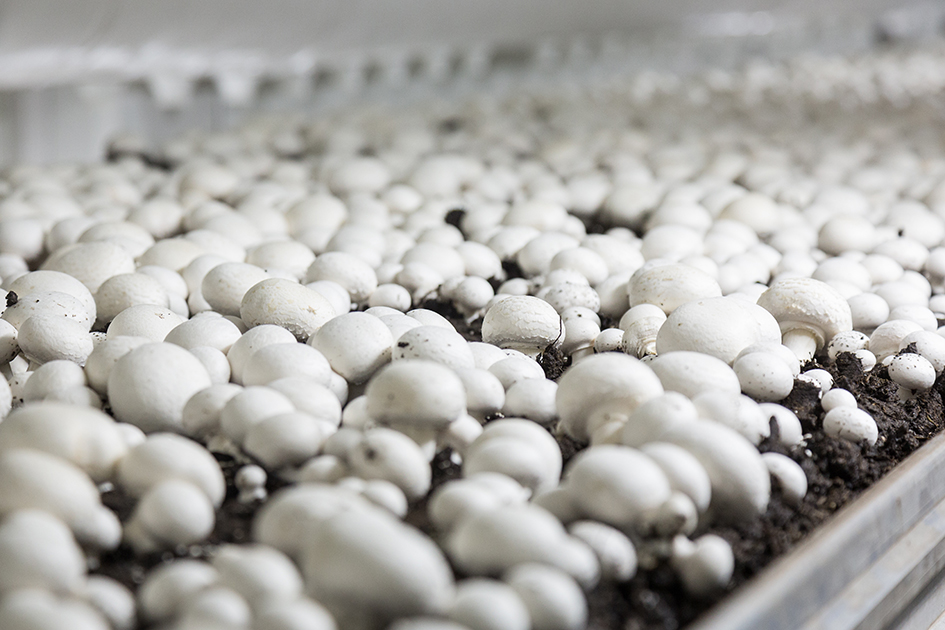 Over 2.500 different mushrooms grow in the wild aroud the world. This report focuses on the nutritional composition and potential health benefits of the

Cultivated mushrooms are readily availbable in either fresh, frozen or canned preparations, however they do not home-freeze successfully. They are often a popular ingredient in many ready prepared foods such as pizzas, casseroles and salads.

Mushrooms are considered part of the fruit and vegetable food group and each serving (80 g is about 14 baby buttons, or 4 large closed cup mushrooms, or a large flat or portabello mushroom, or a handful of sliced mushrooms) counts toward the 5-A-DAY target.

Mushrooms share some of the benefits of fruits and vegetables in that they are low in energy, and are virutally free of fat and sodium. A Bisporus mushrooms are a source of fibre and are fairly rich in vitamins and minerals. They contain an especially high amount of B vitamins and potassium. In addition, they contain other substances that may have potential health benefits and play a role in the prevention of serious diseases.

Behind the scenes
Actuality
For the neighborhood
Did you know
Environnement